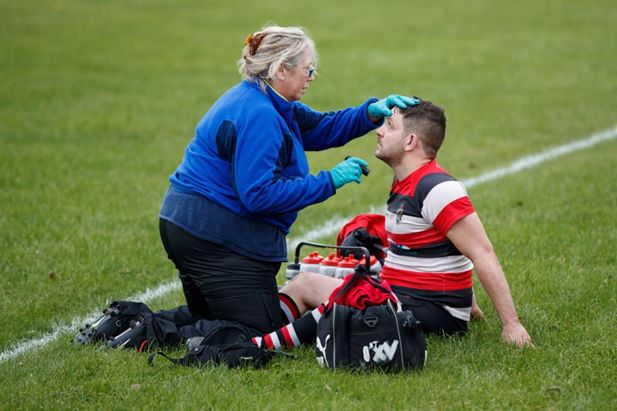 Is there a link between concussions in rugby and reduced mental health outcomes later in life? That’s a question that researchers in the UK and Australia have been studying, and the results of a new landmark study suggests that there is a correlation. A new study published in Sports Medicine suggests that elite rugby players who experience more concussions during their careers are more likely to experience worse mental health, including depression, later in life.

The study was conducted by researchers at Durham University, as part of the UK Rugby Health Project. Researchers compared mental health outcomes among retired professional rugby players to those of amateur players and non-contact sport athletes, such as cricketers and runners.

The results showed that elite players who experienced concussion in rugby five or more times were at least twice as likely to suffer from depression, reduced sleep, anxiety, hidden anger and irritability than other players. Rugby players who had three or more concussions during their careers were also more likely to develop depression.

Concussion in rugby is a sad fact of the popular sport. A Cardiff Metropolitan University study published in the British Journal of Sports Medicine in 2019 found that professional rugby players during the 2015-2016 season experienced 21.5 concussions for every 1,000 player match hours. That’s compared to just 2.5 concussions per 1,000 player match hours in American NFL football during that same season. That study also found that during the 2015-2016 season, players who participated in 25 or more rugby matches were more likely to sustain a concussion injury than not.

Meanwhile, results of an alternative study by researchers in the US, Australia and New Zealand suggests another possibility for depression and anxiety among retired rugby players: Chronic pain. That study was published in Frontiers in Neurology in April 2021.

Those scientists studied retired rugby players who had experienced a median of 15 concussions in their careers, and who had played a minimum of eight professional seasons. The researchers’ conclusion was that chronic pain as a result of concussions, which leads to reduced quality of life in retirement, is the driving factor in rugby players developing depression. They also concluded that depression and chronic pain are two conditions that can amplify and worsen each other.

So, are the concussions leading to depression outcomes later in life, or is chronic pain from the concussions the driving cause? Both teams of researchers agree on one thing: More long-term studies of the brain health of rugby players are needed, in order to protect current and future players from similar outcomes.

In July 2021, the UK’s Committee on Digital, Culture, Media and Sport released the findings of an inquiry into concussion in rugby and other professional sports. The committee concluded that governing bodies need to do more to protect player welfare and reduce negative outcomes like early-onset dementia, which is believed to be linked to concussions. The committee has ordered a UK-wide minimum concussion be implemented by the summer of 2022.

Finding Focus: How to Keep Stress at Bay When Working from Home