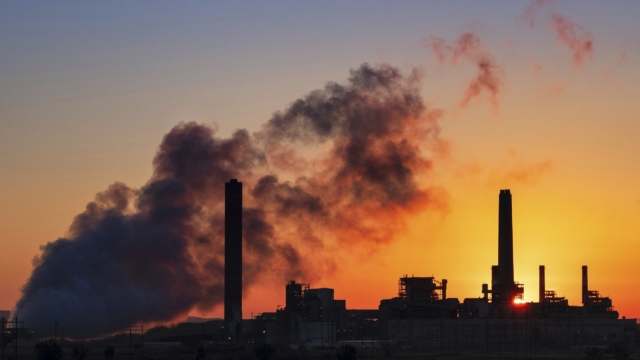 In December 2020, seven years after nine-year-old Ella Kissi-Debrah died, inner south London coroner Philip Barlow ruled that her death was caused by air pollution from road transport traffic. Ella and her mum regularly walked to school and passed by areas that were heavily polluted with NOx or nitrogen oxides, a dangerous mix of gases.

According to the coroner, Ella was exposed to excess amounts of particulate matter (PM) and nitrogen oxide (NOx) coming from traffic emissions. The level of toxic air in the areas was way over the World Health Organization (WHO) guidelines. Her case is the first one in all of the United Kingdom to identify polluted air as the cause of death.

What happened to Ella is one of the major reasons why environmental organisations, law firms, and the public have been urging the UK government to come up with stricter measures in relation to  reducing air pollution. One of the popular calls is for authorities to bring down NOx and PM emissions levels to the limits regulated by the WHO. At present, the set level for such pollutants is way higher than the World Health Organization guidelines.

The pleas and urges have been going on for years, but it seems like the government is finally making its move to slash pollution and improve health.

After the World Health Organization significantly reduced its traffic, fossil fuels, and industry emissions target, the government reacted positively by promising to consider cutting down the UK’s legal emissions limit according to the WHO’s guidelines. Authorities are also planning to schedule a consultation session with the public sometime in 2022.

If the government pushes through with its new target, city officials and residents should expect additional and more stringent measures. As such, charges for vehicles entering Clean Air Zones will probably increase, particularly for cars with diesel engines. Other possible changes include switching to renewable energy and slowly doing away with gas central heating.

The WHO’s new guidelines sets the PM2.5 or fine particulate matter limit lower by at least 50%, while NO2 or nitrogen dioxide limit is set 75% lesser than the previous regulated level. The UK currently has extremely high legal limits for these pollutants.

Diesel vehicles are a major source of PM2.5 and NO2, which is why the 2015 diesel emission scandal plays a significant role in the campaign to reduce air pollution and produce cleaner air.

In September 2015, authorities from the U.S. Environmental Protection Agency (EPA) served German automaker Volkswagen a notice of violation. The manufacturer was accused of installing defeat devices in vehicles they sold in the United States. These devices are cheat software that automatically reduce emissions levels when vehicles are being tested. They hide the real emissions numbers to give the impression that their cars are safe to drive and cannot harm the environment and humans.

However, when driven on the road, in real-world conditions, these vehicles emit pollutants in amounts that are way over the legal limits.

As such, the VW defeat device scam became known as the Dieselgate scandal. In a matter of months, other car manufacturers were also accused of using cheat devices. Eventually, aside from Volkswagen, the Mercedes Benz emission scandal was thrust into the spotlight. Other manufacturers shared the headlines as well, including Renault, BMW, Fiat, Alfa Romeo, Jeep, Suzuki, Peugeot, Ford, Citroën, and Nissan.

The emissions scandal started in the U.S. but was quickly picked up by authorities around the world, including Europe and the UK. If the United States EPA had not taken action against VW, the volume of toxic emissions would have multiplied many times over.

What toxic air can do to you and your health

Diesel vehicles emit nitrogen oxides (NOx), a pollutant that contains nitric oxide (NO) and nitrogen dioxide (NO2). These two have negative effects on the environment as they help form smog, acid rain, and ground-level ozone (the bad ozone). NO and NO2 also help produce particulate matter, particularly PM2.5 (fine particulate matter). These pollutants do not only contaminate the air, they also have negative effects on human health.

Exposure to NOx can cause the following health issues:

It can also lead to mental problems such as depression and anxiety. In severe cases, such as Ella Kissi-Debrah’s, exposure to NOx emissions or toxic air can lead to premature death.

How you can help the government

You can help the UK government achieve its goal of improving air quality, especially if your car is affected by the emissions scandal. All you have to do is get in touch with your manufacturer or respond to the notice of recall – if you were given one. For example, if you are affected by the Mercedes emissions scandal, coordinate with Mercedes to find out what action they are taking to correct their mistake.

You have to hire the services of an emissions expert, though, especially since you’ll need to file an emission compensation claim. Get in touch with the team at Emissions.co.uk; they know how to help you with your claim and they’ll guide you every step of the way.

How Do Antioxidants Defend Your Skin from the Effects of Ageing? Your Main Questions Answered